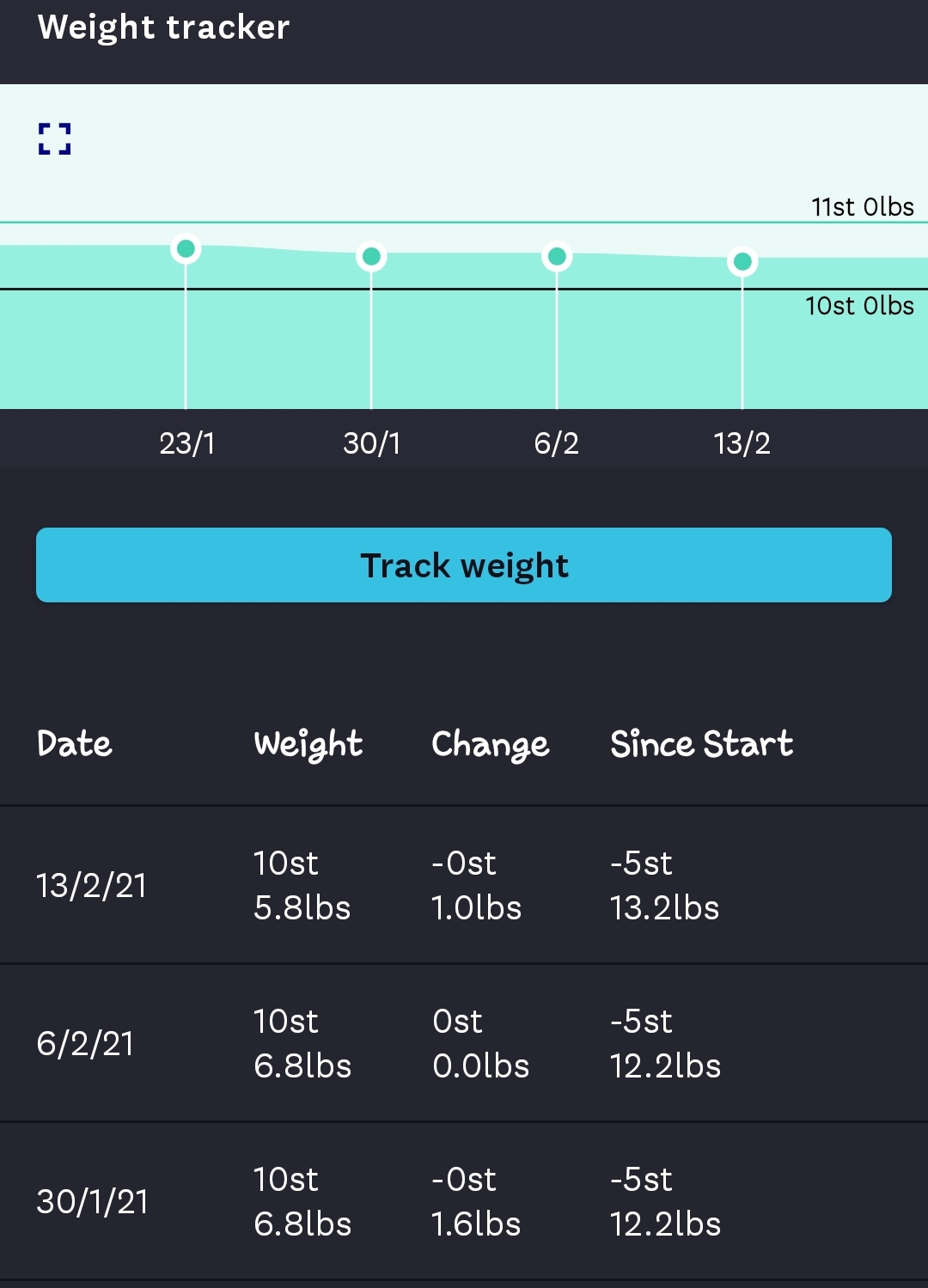 Weigh in for the week before a week of excess…. I already know net week will be a gain! So this week needed to be good. Especially since last week was a Stay The Same!

Weigh in for the week before a week of excess…. I already know net week will be a gain! So this week needed to be good. Especially since last week was a Stay The Same!

How the week went

My eldest kiddo has his birthday next month so I have been asking him what presents he would like. On the list is a water bottle with times of the day on it – so that he will drink enough! Odd gift request, but he’s a smart kid and he knows he needs to drink more water. I need to be more like him! Because yet again water (or the lack there of) is my down fall. AGAIN! I have made a conscious effort to drink more this week. But it’s so hard at the moment! The office at work is colder than cold (I’m looking like the Michelin Man at work right now on account of all the layers of thermals I am having to wear!) and I don’t want to drink bottles of cold water. I want to drink gallons and gallons of HOT COFFEE instead! So I’m making up for it at home. I hope.

Food isn’t a problem though. Hubby is still enjoying the third instalment of Pinch of Nom. The only real issue is that I seem to have fallen out of the habit of filling in my food tracker in the WW App. I know that’s going to be a problem! When I’m not tracking I start to cheat. I don’t mean to…. but I forget that I had a little something. And those unchecked points add up.

I didn’t take a photo this time! It was flipping cold so I dashed to the bathroom, stripped off, weighted in, got dressed and back into my nice warm bed as quickly as I could. And I forgot to take my phone. But the scales recorded a 1lb loss bringing me to 10st 5.8lb. That’s not bad. Still a little slow but without drinking enough water or tracking my points I shouldn’t expect anything better.

Tomorrow is valentines day. There will be chocolate! And an indulgent Chinese takeaway. And then I have a week off work so there will be more temptation and far less distraction. I am fully aware that I will gain weight on the next weigh in. And there will be no one to blame but myself.

But then again…. this is where I was this time last year!